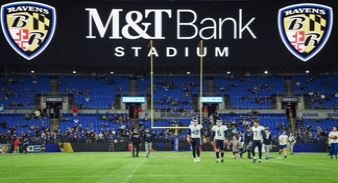 Ravens officials shared more details Monday about an incident in which a man died after falling in the upper deck of M&T Bank Stadium during the Ravens-Tennessee Titans playoff game Saturday night.

Ravens officials had previously reported the fan had collapsed while walking on the steps of the upper deck. Medical personnel arrived but were unable to resuscitate Kahler. Steele would not answer further questions about the incident or the injuries Kahler suffered.